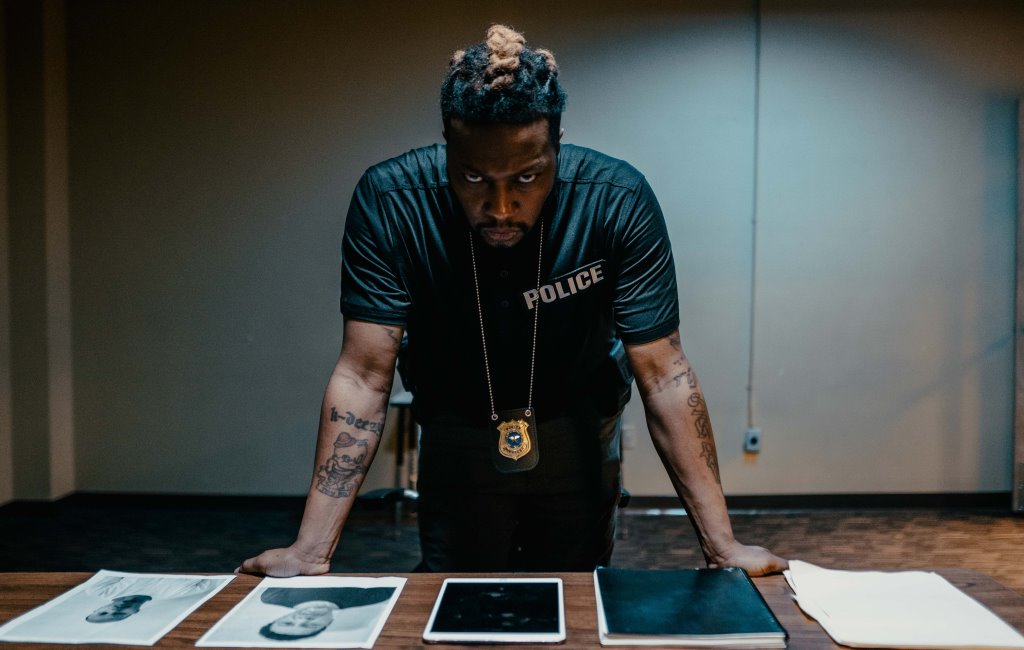 “Who is Jonathan Carter?”Â Inquiring minds might want to know, but what is the price if they find out? Author and directorÂ DennisÂ ReedÂ IIÂ premiered his latest filmÂ Indictment: Who Is Jonathan Carter?Â on the newly launchedÂ IMDB TVÂ app /Â Amazon PrimeÂ on AugustÂ 14 via his own Detroit-basedÂ DLRII Productions, distributed byÂ Homestead Entertainment. The film will also be available onÂ TubiÂ beginning August 21.
The independent film stars Jennifer Williams of Basketball Wives, and artist / entrepreneur BenzinoÂ ofÂ Love & Hip Hop Atlanta, as well as familiar faces fromÂ Reed’s past projects like rapperÂ K DeezyÂ and emerging actorÂ Lemastor Spratling.Â IndictmentÂ also features appearances from actressÂ Velda Hunter, teen rapperÂ Que9Â and Las Vegas-based MMG artistÂ Yowda.
DennisÂ ReedÂ IIÂ expresses excitement about his new deal withÂ Homestead Entertainment, a distribution company founded by film producerÂ Rob JohnsonÂ (known for his work on moviesÂ Til Death Do Us PartÂ starring Taye Diggs), along with media industry veteranÂ Leonard Burnett Jr.Â (Uptown, HERO Collective, Vibe, Vanguarde Media Group), and startup founderÂ Sean Armstrong.Â “Homestead brings a lot to the table with regard to marketing and reaching the right people. It’s a good fit for what I’ve done, and where I’m going,”Â ReedÂ explains.Indictment: Who Is Jonathan Carter?Â is centered around the mystery of family man Jonathan Carter, who he is and what he really does day-to-day. The web around Carter’s alleged criminal activities is an intricate structure, which won’t be easily unraveled. “When his best friend is accused of being one of the biggest drug suppliers in the country. one man puts his job, friendship – and possibly his life – on the line to get the truth.”Â DennisÂ ReedÂ II explains in his synopsis of Indictment.Â “It’s one man’s job to find out. One informant told the police that he knows who the devil really is. He claims that Jonathan is the supplier, but Jonathan claims to be a hard working husband and father. Who is telling the truth?” 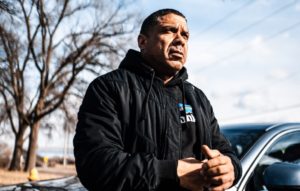 Excitement amongÂ Reed’s hardcore fans is evident as the release date approaches. The Detroit native’s film projects includeÂ First LadyÂ starringÂ Jim JonesÂ andÂ Nicole “Hoopz” Alexander,Â First Lady 2Â starringÂ HoopzÂ and rapperÂ Young Dro, andÂ True LawÂ starringÂ Lemastor SpratlingÂ andÂ Black Noah.Â ReedÂ also created an eight-episode television seriesÂ I Declare War,Â which stars Lemastor Spratling. “My casting is crazy because Â I want Denzel, but we’re working withÂ DennisÂ Reed’s budget,”Â he laughs.Â “But Â on a serious note, the casts normally consist of people I feel my base audience wants to see. The synergy during the production of Indictment was dope. Working with Jennifer Williams was the best, and having K Deezy, Lemastor and Velda there was like having my closest family members around me, so I love it.” Even with the comradery, making movies isn’t always a cake walk.Â “We film at some cool locations, so that’s always interesting. We have challenges here and there, and I’ve had to rewrite entire scenes on the spot. When an actor didn’t show up for Indictment, we revamped it, and it ended up being a special role for Eddie Kane.” DennisÂ ReedÂ II has become a master of intrigue through his writing, and asserts that the beginning scenes of Indictment set the pace and tone of the entire film. Creating this type of gripping drama has become a true passion, and he expresses sincere dedication to giving his longtime supporters what they crave from his movies. “I truly appreciate everyone who has continued to support and follow my movement. I really want to be known as the best writer ever – that’s my long and short term goal. In coming months, we are going back to back to back with new projects. We have He Said She Said, Â then First Lady 3. I am working on K Deezy’s Road of Joy. At the top of 2021 I’ll have another new series, The Sinclair’s. Let’s just say I will be busy. Thank God!” Watch the trailer forÂ Indictment: Who Is Jonathan Carter?Â here: https://www.youtube.com/watch?v=gxc776CaD_w
View photos from the drive-in movie premiere with Angela Yee here. Find out more about Dennis Reed II and the movie at the Official IMDB page. Follow Dennis Reed II
Instagram Twitter
DLRII Productions
Facebook Instagram
← New Video: JJ Doze – The Phase
Video – Detroit Teen Artist Brooklyn Queen Uplifts with “No Destination” →